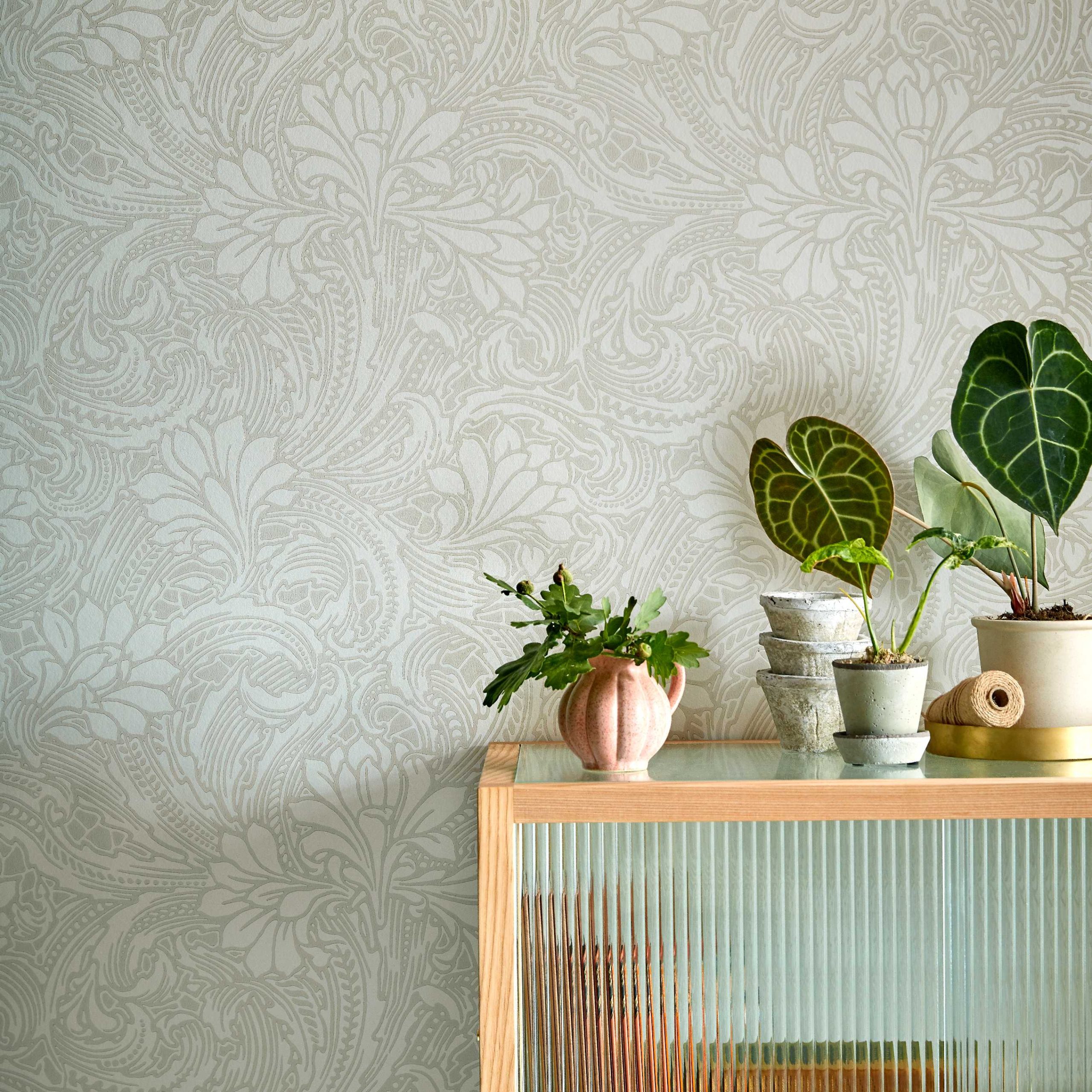 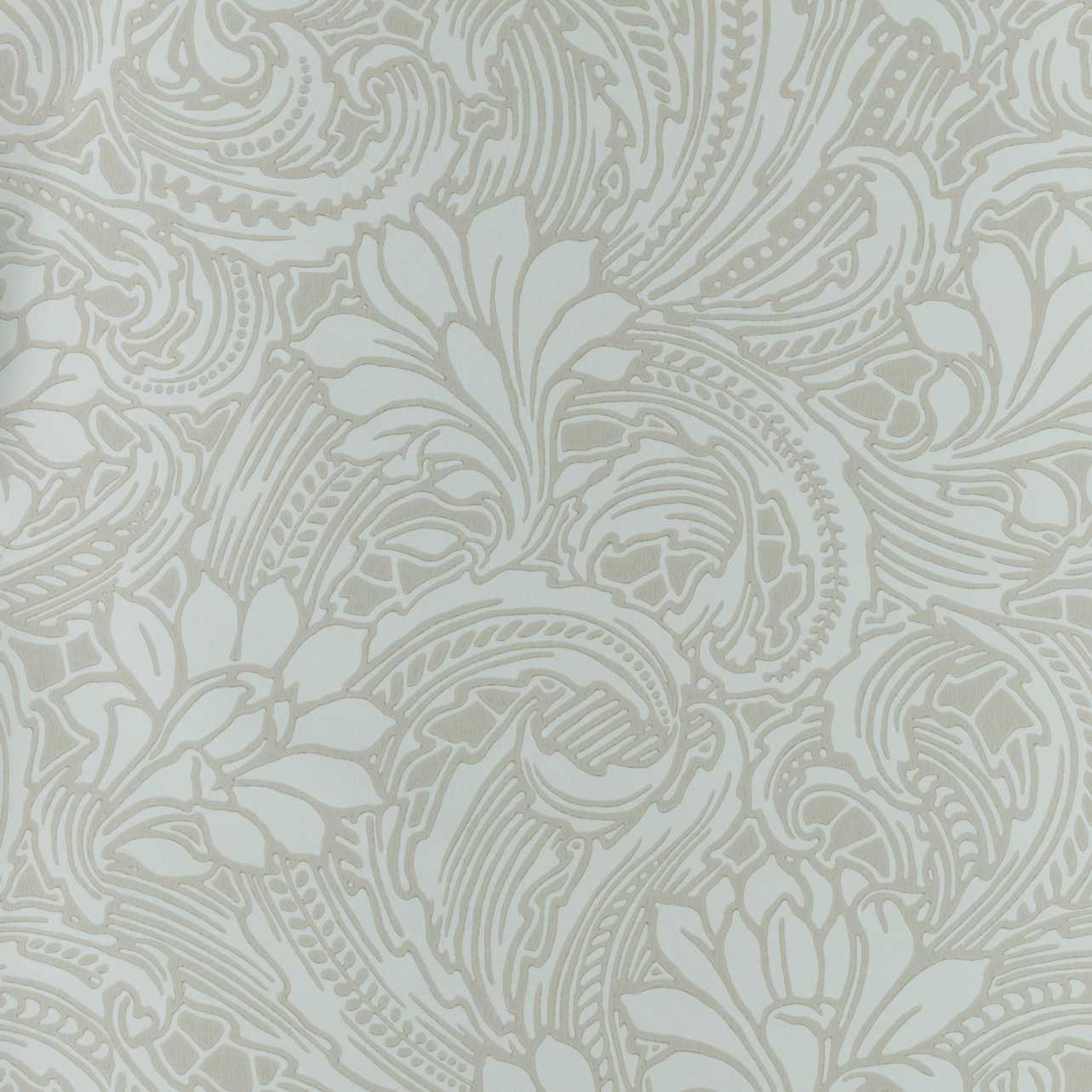 Traditionally surface printed with a rich layer of ink to create depth and texture, Eden is based on Day’s Cactus wallpaper, produced by the notable Jeffrey firm in the late 19th century. An all-over pattern featuring stylised foliage and flowers that celebrates nature in all its glory, in reference to its Arts and Crafts roots. The refined 2 colour palette allows the swirling floral motif to be the principal focus. A stylish wallpaper design that has stood the test of time and has been complemented with new colourways, like Natural cream for a soft tonal option.

Eden archive inspiration: Cactus wallpaper, Lewis Foreman Day (1845–1910) for Jeffrey & Co., London, late 19th century
Trained as a stained-glass maker, Lewis Foreman Day was one of the most commercially successful designers of his generation. A founder member of the Arts and Crafts Exhibition Society, Day also lectured and wrote books on design. Starting his own business in 1870, he went on to produce a range of domestic designs, including textiles and wallpapers. In 1881, Day became the Artistic Director of the Lancashire cotton printers, Turnbull and Stockdale, a role that allowed him to broaden the popularity of his designs. He was an excellent draughtsman and sold his memorable, rhythmic designs to a range of fashionable firms and retailers.