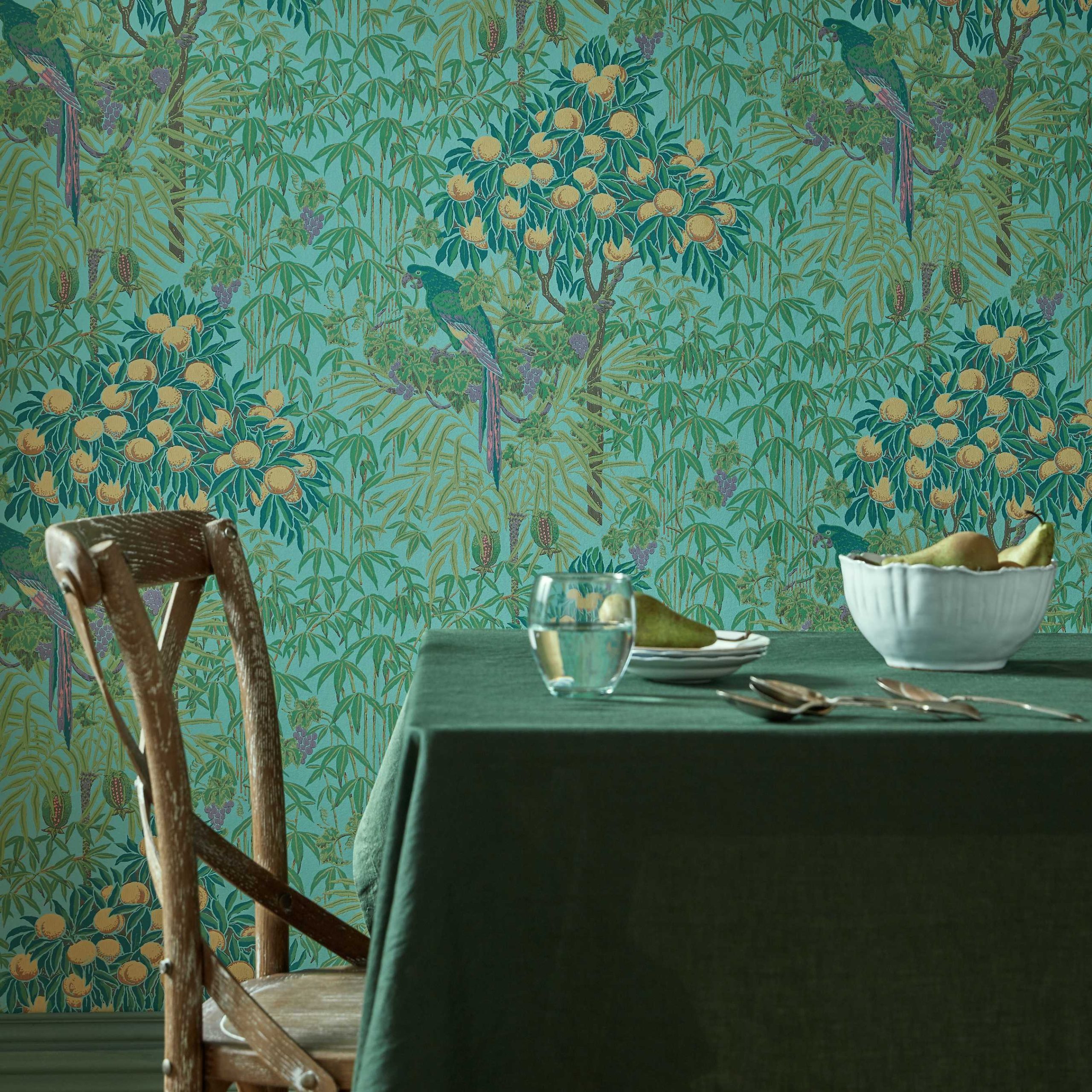 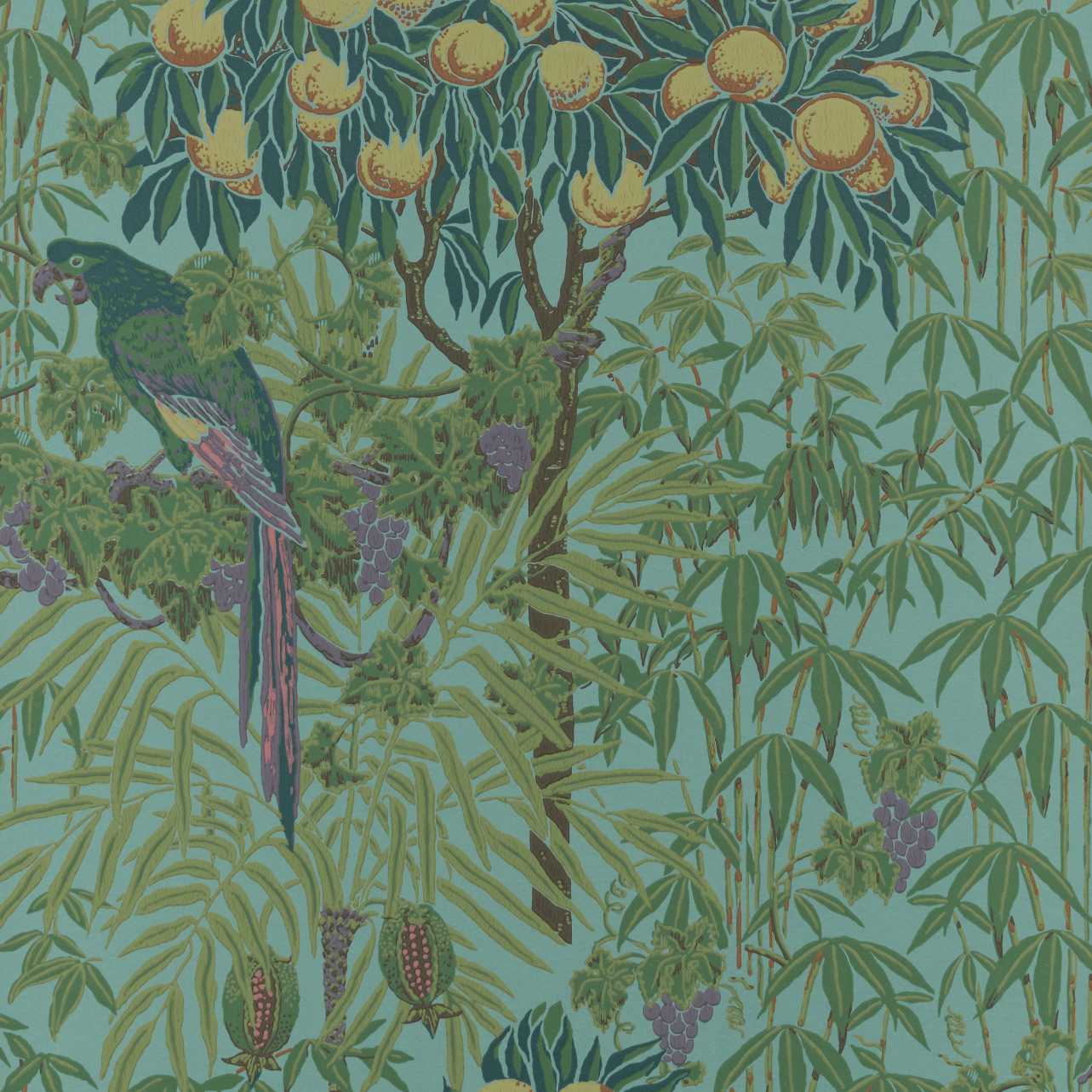 This joyful, vibrant pattern featuring parrots perched in a leafy jungle has been skilfully surface printed to recreate the look of the original wood block printed wallpaper from the V&A archive. The deep teal reflects the colour of the archive piece from over 100 years ago and is still relevant for homes today.

Macaw archive inspiration: Macaw wallpaper, Walter Crane (1845–1915) for Jeffrey & Co., London, 1908
Macaw, designed by Walter Crane for Jeffrey & Co., was originally created as a display piece for the 1908 Franco-British Exhibition in London, where it was awarded a Grand Prix. Generally considered the most influential children's book illustrator of his generation, Crane also created many memorable designs for wallpaper. Apprenticed as a wood-engraver, Crane had ample opportunity for closely studying the work of contemporary artists such as painters Dante Gabriel Rossetti and illustrator Sir John Tenniel, and his own drawings demonstrate a fine eye for stylised natural detail. Heavily influenced by William Morris, Crane was a committed Socialist and believed passionately in the transformative power of bringing people from every social class into everyday contact with art.